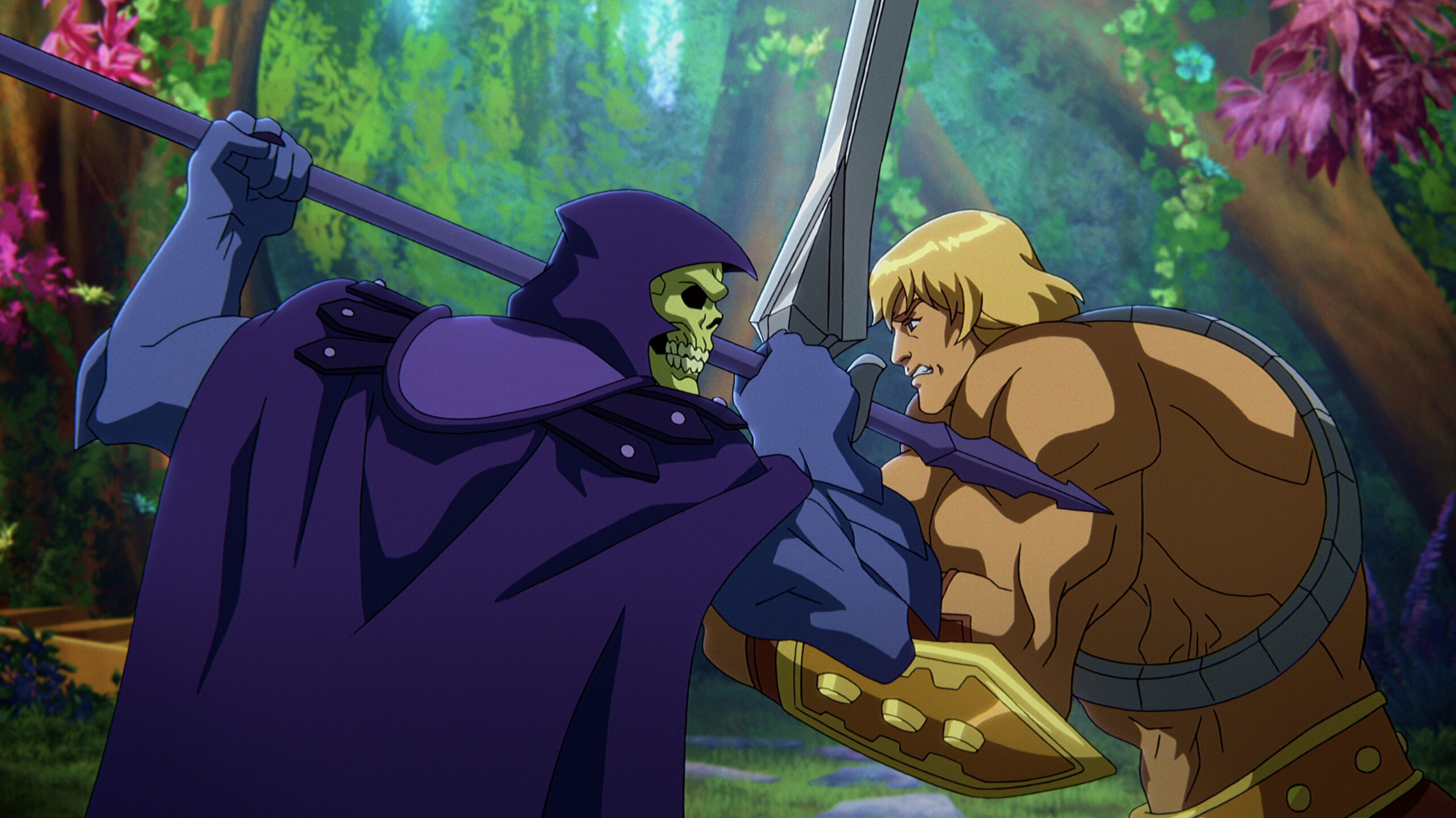 In a CG animated still from Masters of the Universe: Revelation, Skeletor (left), who wears a purple cloak and hood over his skull, grips his spear in a battle against He-Man (right), a strong shirtless blonde male with a golden armored belt and wrist plates holding a silver sword. The two are standing face to face in a forest with bright foliage.

Not only the future of Eternia, but the existence of the entire universe is at stake – because the magic is waning. Only Teela, who once renounced magic, can unite the Guardians of Grayskull and track down the sword of power. Only then can He-Man succeed in triumphing over the evil forces of his rival Skeletor and saving the universe from destruction.

Will there be “Masters of the Universe: Revelation” season 2?

Good news for all Prince Adam and He-Man fans: Even after the release of the first five episodes of “Masters of the Universe: Revelation” on July 23, you can look forward to continuing to swim in nostalgia. Because the Netflix series is currently to be published in two parts.

This is also supported by the title of the official trailer. This runs under the name “Masters of the Universe: Revelation: Part 1”. Season 2 or part 2 should be as good as safe.

Although “Masters of the Universe: Revelation” Part 2 is actually already certain, there is no confirmed start date for the continuation of the first part.

However, the comic book publisher Dark Horse published an official comic for the new Netflix series produced by Mattel Television. The comic has been available since July 7th, two and a half weeks before the Netflix release of the new Masters of the Universe series. A second He-Man comic from Dark Horse is due to follow on August 11th. At this point, one can speculate whether the second comic points to the start of the second part of “Masters of the Universe: Revelation”. If so, we could expect the continuation as early as the end of August.

The star-studded voice cast in the original English language shows that a lot of money went into the production: In addition to Chris Wood (“Supergirl”), for example, “Buffy” actress Sarah Michelle Gellar and“ Star Wars” icon Mark Hamill are included be heard. This underlines the high expectations that Netflix seems to have of the self-produced sequel. Should the investments pay off, maybe after Part 2 we can even expect another continuation of the He-Man animation series?