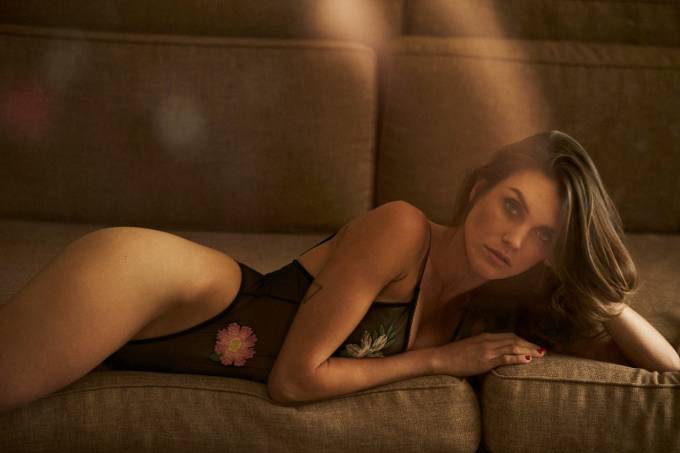 Based in California for more than ten years, Marilia Moreno has worked on channels such as Sony and Grupo FOX, and currently on E!. Born in São Bernardo do Campo (SP), she also worked at TV Globo Internacional, where she collaborated with the journalist Globo Notícia Américas. She collects unusual situations with Hollywood names such as Johnny Depp, Scarlett Johanson, Daniel Craig and George Clooney, among others, covering red carpets and events such as the Oscars – and going through sung by big shots like Steven Tyler and Dwayne Johnson, Morgan’s harshness Freeman and intense praise exchange with Charlize Theron: “Are you flirting with me?”, shot the movie star to Marilia, at the time. Featured on international TV, Marilia spends time on the Île de la Réunion, in France. There, she participated in the filming of a European feature film, whose secret scenes will be released in 2022. In conversation with VEJA, she talks behind the scenes with international stars. Check it out below: How was the experience of interviewing Johnny Depp? I interviewed him a few times. The last one was about eight years ago (Dark Shadows), he was super sweet, approachable, easy with the fans. I remember that that day he was very close to people, greeted with a handshake, full of rings – in the “Jack Sparrow” way of being. He spoke looking in the eyes, he was very present in the moment! How did you receive the lines of Steven Tyler and Dwayne Johnson? Sometimes some people give a compliment, and you have to deal with it. If it wasn’t offensive, I take it as a joke, smile and leave (laughs). The situation with them is easier, because you are working as a reporter, so there is a certain “barrier” between the reporter and the actor. Why was Morgan Freeman rude to you? I think because he was in a moment of his own, a moment that he didn’t really want to express himself. Everyone has their moment, it’s not just a matter of the person being rude or not, at that moment he wasn’t well. I asked to take a picture. He didn’t like it. Continues after the publicity What did you reply when Charlize Theron said “Are you flirting with me?” I was surprised by her question (laughs), I joined in the fun and said that I was, that she was an idol for me. And at home too, my father loves her, we always had an admiration. That’s how I got out of it (laughs)! Who is the coolest and most disappointing celebrity in Hollywood? It’s hard to choose just one. I got people with really good moments: Matt Damon, George Clooney, Dwayne Johnson, Jennifer Aniston… And people that I say, “Man, it wasn’t so cool…”. I had this Morgan Freeman story, there was also Alec Baldwin who was not very nice to the reporter who was with me. Who still wants to interview? So many people! Brad Pitt, Angelina Jolie, Leonardo DiCaprio… A personal idol, Jim Carrey. I think he’s an interesting person, with a touch of spirituality.