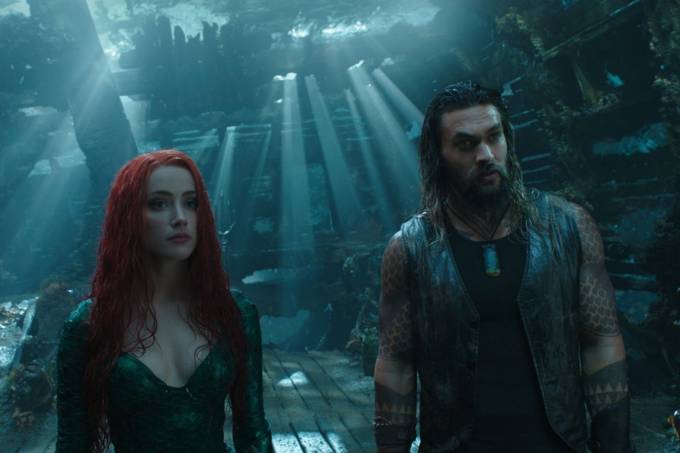 When two movie stars get into a lawsuit over libel, their work on big franchises — and bigger studios even — comes into play as well. This is evidenced by the long dispute between Johnny Depp and the ex-wife Amber Heard. The connection between Hollywood and the personal lives of its stars is old, but now it has become inseparable: with the role of social media and the obstinate cancellation culture, added to a media judgment, the fight between the ex-couple exposes the tenuous relationship between billion-dollar franchises and the private lives of two individuals. This Tuesday, the 24th, an executive from DC Films, a division of Warner Bros., was summoned by the court to clarify some points related to Heard’s participation in the franchise. Aquaman. Throughout the process, the actress claimed that, because of the repercussion of the domestic violence complaint against Depp, she almost lost the role in the sequel Aquaman 2 and was unable to renegotiate her payment. According to DC Films president Walter Hamada, called to testify by Depp’s lawyers, the allegations made by Heard did not influence the casting decisions in the film. There was, in fact, a delay in defining the role, as the studio considered replacing Heard’s character Mera, the water hero’s love interest. The reason, he says, would be the lack of chemistry between the actress and her co-star, Jason Momoa. Hamada claims the chemistry was created in the first film during post-production with the “cinematic magic” and soundtrack choices. Despite having received the amount stated in the original contract, Heard should have been able to renegotiate a raise, due to the success of the first film – according to the testimony of the actress’ agent, Jessica Kovacevik. Another allegation is that her role would have been considerably reduced from one film to the next. Asked, Hamada explained that Heard’s role has remained the same since its development in 2018, and that the second film – scheduled for 2023 – was conceived as a buddy comedy between Momoa and Patrick Wilson’s character, King Orm. Throughout the trial, Depp’s controversial cut of the franchise Pirates of the Caribbean by Disney was also an enduring topic. The actor’s lawyers argued that his dismissal from the sixth film in the series was motivated by the publication of the article on domestic violence signed by Heard in The Washington Post newspaper. In a recent interview with a British publication, producer Jerry Bruckheimer commented that, for now, there is no glimpse of Depp’s return to the role of Captain Jack Sparrow. Continues after advertising