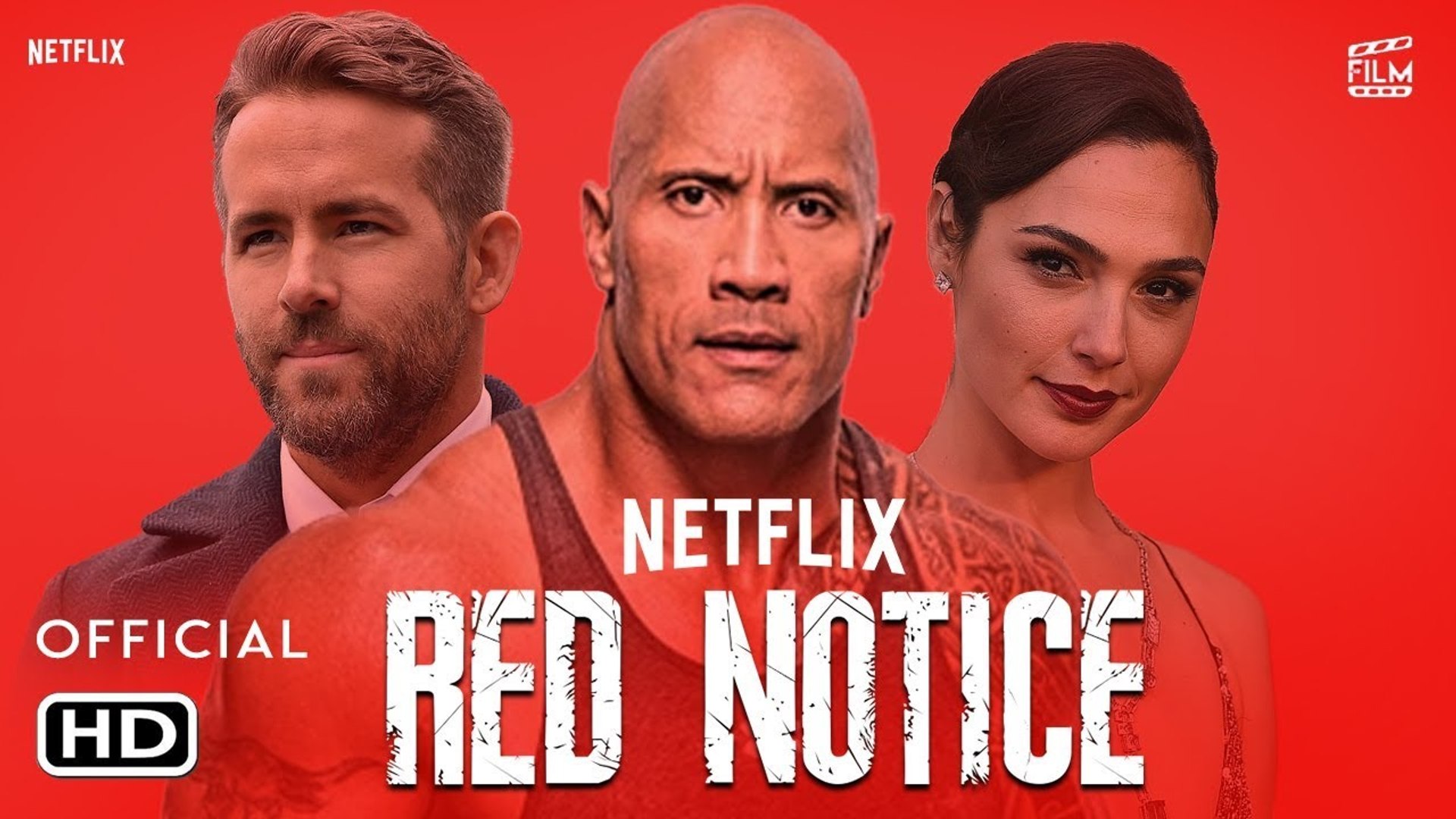 Red Notice has been one of the surprise sensations of 2022, and became the most-watched film on Netflix within 28 days of release on the platform. It’s the latest in a series of blockbuster movies distributed by the streaming service, and its success will help push this marketing model forward in the future. Despite being watched by millions, the film garnered mixed reviews from critics. So why was Red Notice such a massive hit with viewers?

Promotion from Dwayne Johnson Has Helped

It seems that if you want to attract a lot of people to a film in the 21st century, you should put Dwayne Johnson in it. The former WWE star is one of the hottest properties in Hollywood, and his charisma is a major boost to marketing. The 49-year-old’s films have grossed more than $10 billion worldwide, after he landed his first big commercial role as Luke Hobbs in Fast Five. At times since his rise to global stardom in the 2010s, Johnson has been named as the world’s highest-grossing actor.

Naturally for a man of his status, Johnson has a huge following on social media. More than 105 million people have subscribed to his Instagram page, and another 13 million on Twitter. These pages represent fantastic avenues for him to spread the word about his movies and drum up interest before and after they are released. Johnson’s comments about Red Notice most certainly helped to bring more viewers to it.

Johnson posted a clip from the film on his Instagram and declared that it was the “biggest movie in the history of Netflix!!!” Of course, after seeing this people will have been intrigued as to the veracity of the claim. In alluring so many people to the film in this way, Johnson could have assisted in raising its viewing figures.

The general theme of Red Notice works in its favor, as the heist genre has always been well loved throughout all areas of the entertainment industry. For many years, Steven Soderbergh’s Ocean’s Eleven was the highest grossing remake of all time with $450 million earned at the worldwide box office. The 2001 picture’s status among filmgoers led to two sequels in 2004 and 2007, as well as a female-led spin-off, Ocean’s 8, in 2018. There have been numerous other notable heist movies over the decades, with Heat in 1995, Pink Panther in 1963, and The Score in 2001.

It’s not just films that have found the heist theme to be a mammoth draw. It can also be found throughout various subsectors of the gaming industry. Some titles, like Wild Heist at Peacock Manor and Reel Heist are directly focused on the genre, and appeal to players with their names and imagery. These slots can be found at 888casino, which is recommended for its $500 online casino bonus for new players. Sites like this naturally attract players through bonuses and free spins, but once people log onto the site, it’s games like these that could persuade them to stay. Other developers prefer to incorporate the heist theme within a larger story. For instance, Red Dead Redemption 2 and Grand Theft Auto V both include memorable heist missions, but neither game was centered on robbery. By featuring heists, though, these games made themselves attractive to a greater number of players.

Casting is always a major draw for films, and the MCU has arguably led a trend of packing as many fan-favorite actors into one picture as possible. One of the areas in which Red Notice hit the bullseye was in casting three of the most popular stars of 2022 in the same film. Reynolds and Johnson had already shared some screen time together in Fast & Furious Presents: Hobbs & Shaw, and their chemistry has been electrifying. Fans were desperate to see them together again, with the more screen sharing from the duo, the better. They got what they wanted, then, as the two form a partnership in the new offering from Rawson Marshall Thurber.

It was also a wise move to cast Gal Gadot as the scheming art thief who acts as a minor antagonist throughout the picture. The Wonder Woman actor is one of the most popular females in the film industry, thanks to her charm and commanding on-screen presence. Seeing her take on a more mischievous role after her time as an altruistic hero in the DC Extended Universe is a fun twist. Johnson, Gadot, and Reynolds make up a trio of Hollywood’s prime A-listers in 2022, and having them all on screen at the same time is joyful to see.

It’s clear that Netflix hit a home run with Red Notice thanks to a combination of factors. Along with the heist theme being hugely popular, it also cast some of the world’s favorite actors. Johnson’s promotion via social media gave it a colossal boost as well.