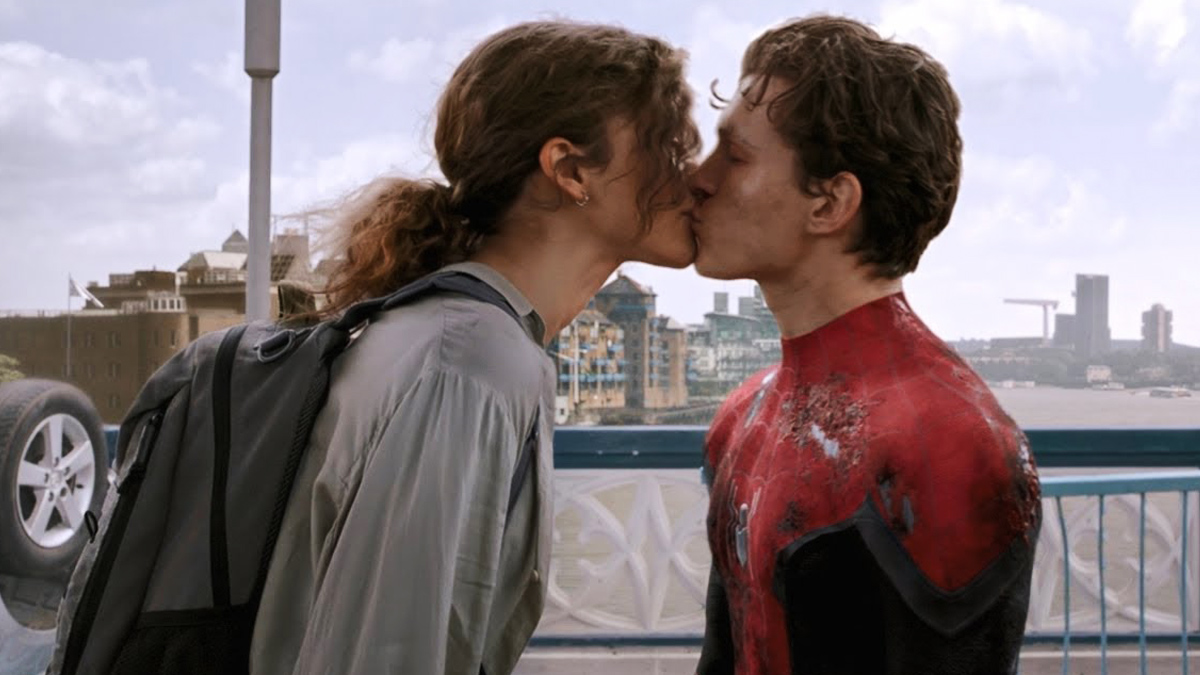 Zendaya and Tom Holland, the celebrities who participated in “Spider-Man” have caused a furor and it all arose from some photos that were leaked on social networks, as they were caught kissing, which has intrigued users who have questioned whether they were boyfriends.

And it is that the actors had coincided in several events, which unleashed strong rumors of a possible romance in the year 2016, but they assured that they did not have a love relationship and that there was only one friend, but the fans mentioned that they made one beautiful couple.

In WTTSPOD we share the chronology of Holland and Zendaya’s romance, it all came about when it was announced that the actress and Tom were chosen to participate in the film “Spider-Man”, since then they have appeared together in different events.

What are Zendaya and Tom Holland?

After the celebrities’ meetings that they revealed in 2016, they assured that they were only friends, but after the hit film was released in theaters in 2017, different sources revealed that the actors began dating, but their romance never was confirmed.

At the time, a source revealed to People magazine that actress Zendaya and Tom Holland had a romantic relationship but that they wanted to keep it private and out of the public eye, even revealing that they were spending time together.

But, faced with the strong speculation of a courtship, Zendaya confessed to Variety that the actor is one of her best friends, and made it clear that on several occasions she had to do press tours with him to promote the film.

For her part, the young woman commented that it is frustrating to have a public relationship since it means that if you are dating someone, the person must be aware of their feelings, she assured that it is one of the things that worries her most, she told Variety.

Although neither has confirmed a romance, netizens have noticed that Tom Holland and Zendaya show their love for their way of dressing since they have had a very similar style every time they are photographed at an event or walking somewhere.

Kiss from Zendaya and Tom Holland

The kiss of the famous actress Zendaya and Tom Holland went viral on the networks, which caused a furor among the fans of the actors, so the suspicions of a romance have left users intrigued, but so far neither of the two has given details about that passionate kiss.

It was at the beginning of July that some photos were leaked, where the romance of Zendaya and Holland was uncovered, making it clear that they are more than friends because in the images you can see the celebrities very smiling inside a car and an Unexpected moment they gave a tender kiss that moved the fans.

Since the photos of the celebrities were revealed, users remembered that occasion that the actress and the actor participated in Lip Sync Battle, as their dances and performances have been considered one of the best of the television project.

We remember that the presentation of Zendaya was to the rhythm of the song “24k magic” by Bruno Mars, while Holland took the night by performing a performance with the song “Umbrella” by the singer Rihanna; both actors showed their great talent in dance.

Lately, the famous Zendaya and Tom Holland have attracted the attention of their loyal followers after unveiling the romantic photos of the actors, but at the moment they have not given details about a possible romance, but they assure that they have a secret romance due to the kiss that they occurred a few days ago.