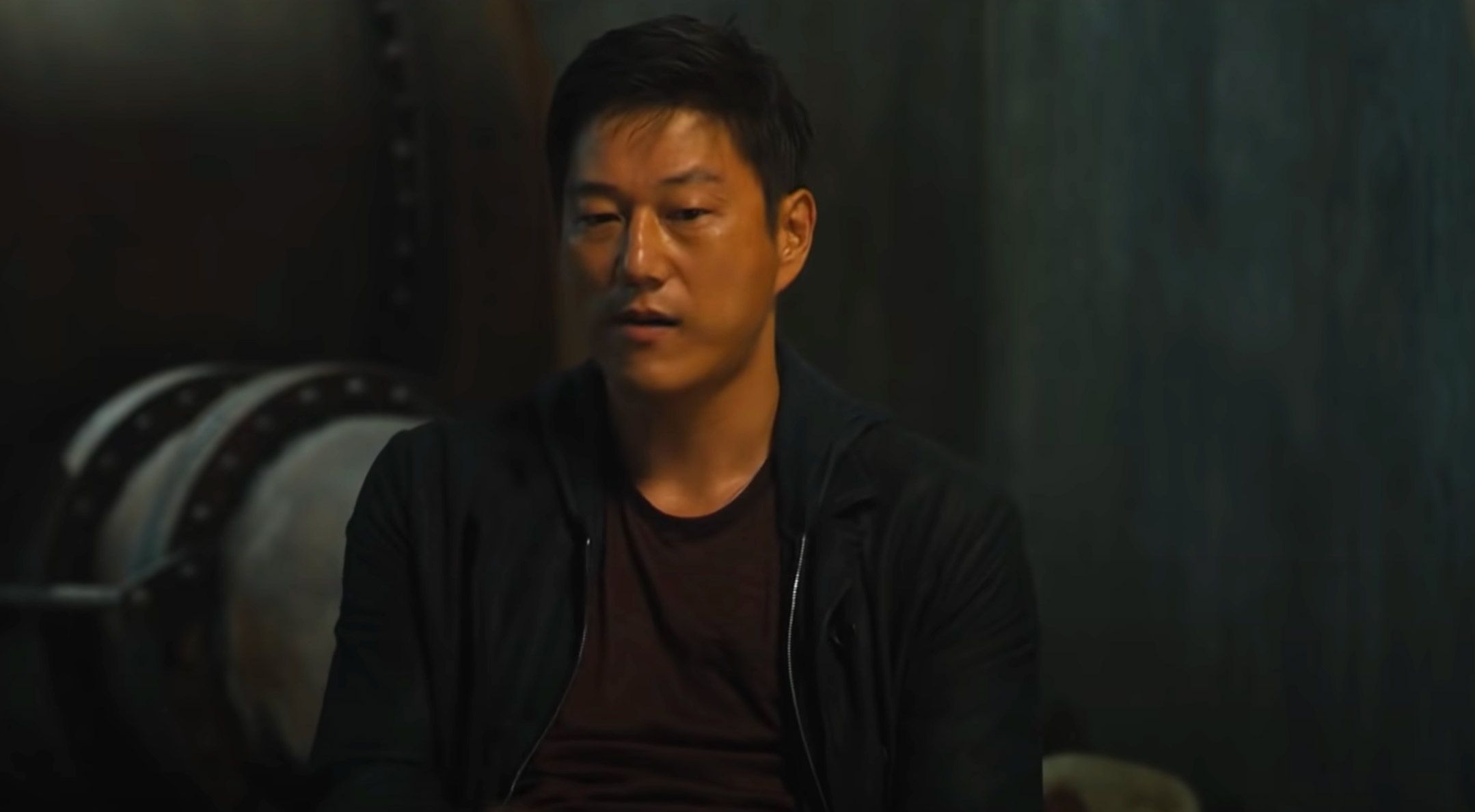 Since the third film ” Fast & Furious: Tokyo Drift “, which takes place chronologically between “Fast & Furious 6” and “Fast & Furious 7″, the character Han ( Sung Kang ) has been declared dead by both the audience and the Toretto crew held.

When to top it all, his alleged killer Deckard Shaw ( Jason Statham ) was accepted into the family in ” Fast & Furious 8 “, the film world began to yearn for retaliation under the hashtag #JusticeForHan. The ninth part of the action franchise, which has been in cinemas in this country since July 15, 2021, now indicates that the time has finally come.

On the one hand, “Fast & Furious 9” reveals that Han was never really dead, but rather went underground with the help of Mr. Nobody ( Kurt Russel ). On the other hand, Han and Shaw are suddenly faced to face in the credits scene – and that should be the more exciting appearance for many fans. Because it is still unclear how the conflict between the two characters could be resolved and how the future of the great “Fast & Furious” final will be influenced by Hans’s return.

What is happening in the Fast & Furious 9 post-credit scene?
After the credits of “Fast & Furious 9,” we see Deckard Shaw hitting a punching bag. It turns out there is a man inside who is being tortured by Shaw. But unexpectedly the antihero is interrupted during his act by a knock on the door.

When he opens, Han is standing in front of him. Shaw’s reaction seems pretty clear: He looks surprised to see the member of the Toretto crew alive, as he once believed to have killed him.

What does the post-credit scene mean for the finale of the “Fast & Furious” saga?

According to radiotimes.com, director Justin Lin justifies the post-credit scene by saying that he simply owes it to the character Han to finally give him and the fans the opportunity to retaliate:

“Justice for Han is not something that can be solved by simply bringing him back for a movie. It’s about how we treat him and all of our characters from that point on. It just felt right to see him face to face with Shaw from that point of view. “

So can we expect Shaw and Han to settle their outstanding bill in “Fast & Furious 10” or at the latest in “Fast & Furious 11”? It looks quite like this. After all, Lin, who will also direct the two final films, confirmed that the post-credit scene was just the beginning of #JusticeForHan.

Han actor Sung Kang also announced that there is much more to be expected between Han and Shaw than a fistfight. The audience can already look forward to an exciting film finale. And who knows – maybe in addition to the very likely appearances of Han and Shaw in parts 10 and 11, there will also be a spin-off of both characters that will reveal further secrets?