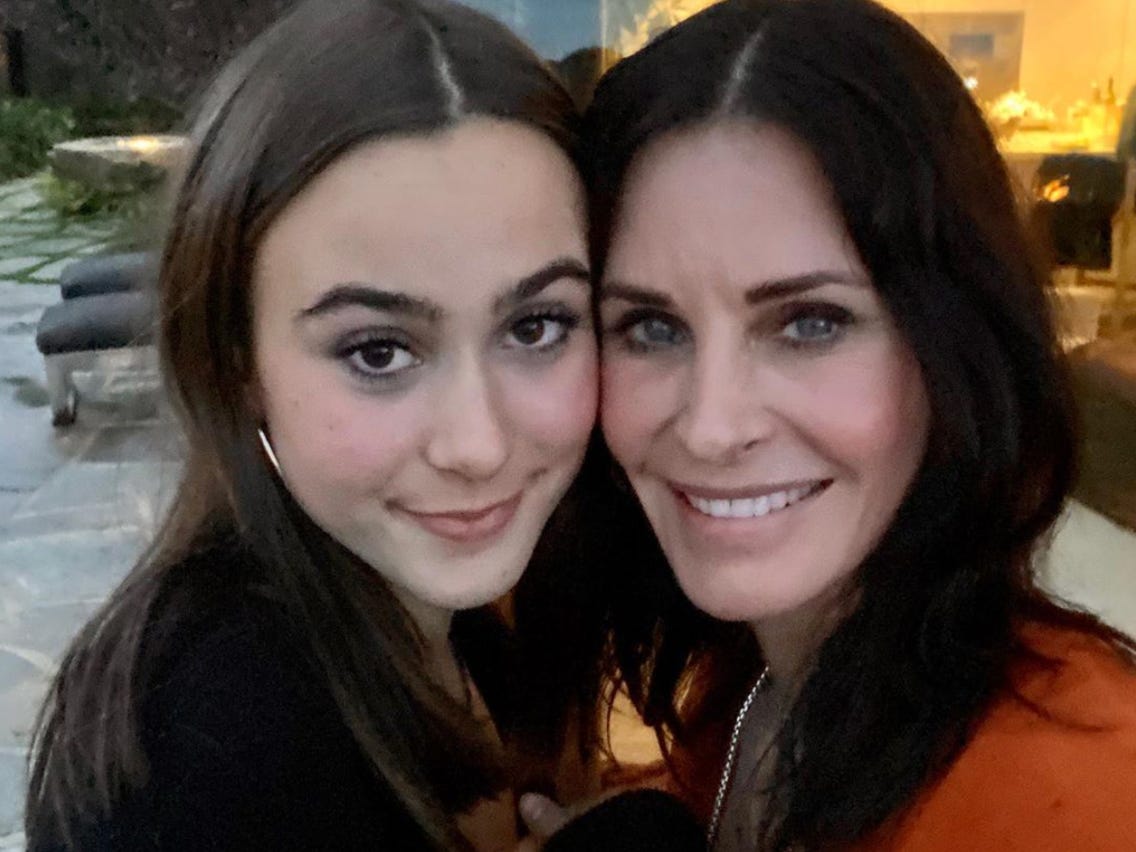 Courteney Cox returned to monopolize social networks and became a trend. But this time she was not alone, as she was accompanied by her daughter Coco.

The “Friends” actress and her 17-year-old daughter played a game of “Who knows who’s the best” to share in a video posted on their official Instagram account, where they put their mutual knowledge to the test by responding to a series of questions. questions.

Would you rather go on a date with young Joey or young Chandler?

Courteney Cox, who played Monica Geller in the famous sitcom, read the questions that referred to former co-stars Matt LeBlanc and Matthew Perry, and their respective characters.

For the artist, her daughter’s preference would be a young Joey Tribbiani, and after knowing Coco’s reaction, she realized that she hit the mark. The teenager nodded that the answer was right.

Although Courtney Cox’s character ended up marrying Chandler Bing on the NBC sitcom, the star did not offer her personal answer to the question when it came time for Coco to guess.

The mother-daughter duo also answered questions about each other’s favorite foods, their biggest annoyances, and whether they had a sweet tooth. This made it clear that the pair have different tastes when it comes to food: Cox prefers Takis, while Coco’s favorite is Chex Mix. In the end, Cox was named the winner of the challenge after correctly predicting six of her daughter’s responses.

Time to go back

Although she had been away from the cameras for a while, Courtney Cox gradually returns to the universe of cinema and series. In recent weeks, the special “Friends” premiered for HBO Max, and the same show has already secured several Emmy Award nominations.

In January 2022 we will finally see her again on the big screen in the fifth installment of the “Scream” saga, where she reunites with her ex-husband David Arquette.