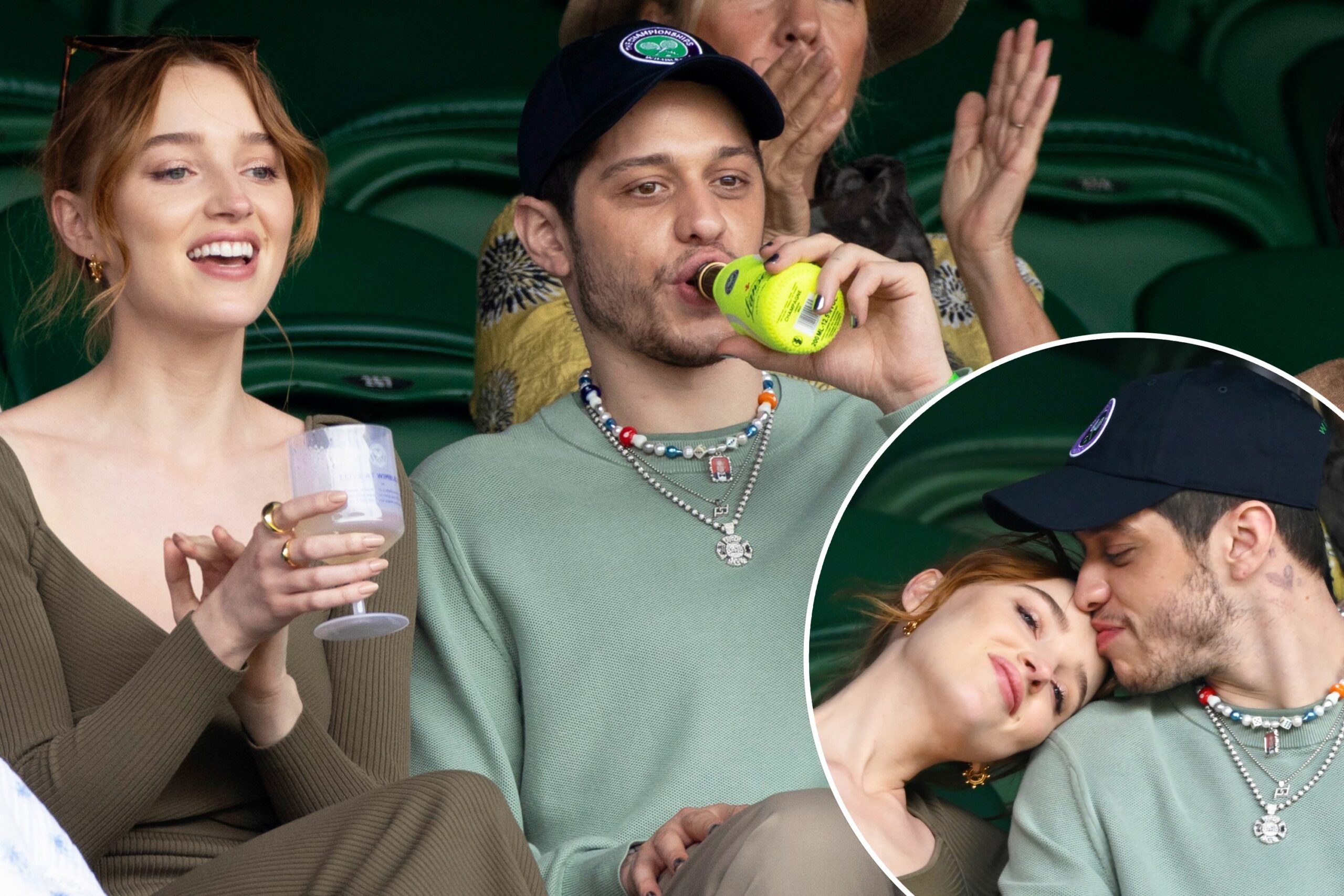 The Netflix series “Bridgerton” was a popularity catapult for young actress Pheobe Dynevor. Her followers and the media have been attentive to discover some detail about her private life.

Thus, many rumors circulated about a possible relationship between her and the actor Regé-Jean Page, who was her partner in the first season of the series. Ultimately, it was proven that such gossip is meaningless, as Phoebe decided to attend the match between Roger Federer and Cameron Corrie at Wimbledon with her partner.

There the cameras captured her along with her boyfriend in what would be her first public appearance. At 26, Dynevor is currently in a relationship with comedian Pete Davidson, 27, who is on the Saturday Night Live staff.

The Just Jared site obtained the images in which they are seen very much in love and fun at the tennis stadium, which they had to enter with an umbrella, a little because of the rain, and a little to try to fool the paparazzi.

At this time the couple must face a challenging reality since while she is installed in the United Kingdom, he lives and works in the United States. But despite being physically estranged, their connection is maintained by trying to be in permanent contact.

For now, according to a source close to them, they are each focused on their work, without any hurry affecting their objectives. Recall that while Davidson continues his work on SNL, Phoebe Dynevor is filming the new season of “Bridgerton. ”