Claudia Salas And Martina Cariddi: Are They Dating In Real Life? 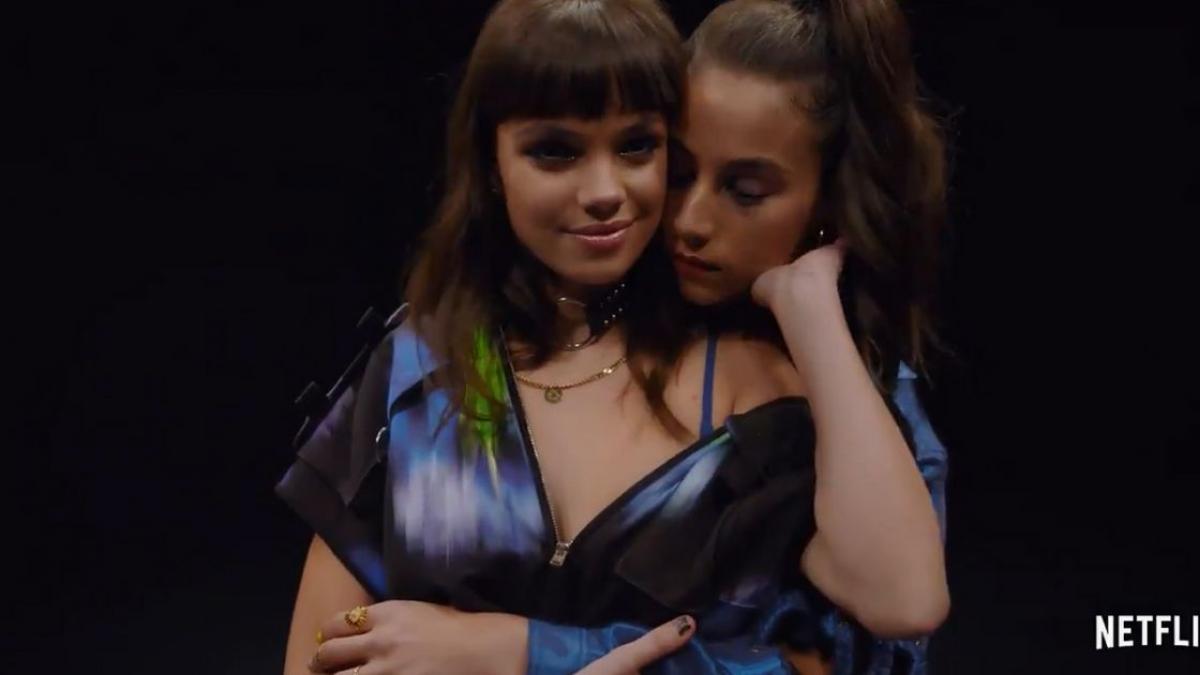 Freshness, talent, and style: the latest generation of Las Encinas is led by a pair of powerful women who transform the conversation within the plot in this fourth season of ‘Elite’ and show their strength through the screen. As part of a month that celebrates the diversity, honesty, and transgression of people, we present to you the fierce protagonists who become the women of Glamor Mexico and Latin America for the cover of the month of July: Claudia Salas and Martina Cariddi. Both individually have a great career that supports their ingenuity, but together, they make the ideal pair to inspire us in a new school ‘cycle’ in ‘Elite’.

Claudia Salas: the evolution of an exceptional woman.

Claudia Salas has grown professionally and personally in front of our eyes, her way of dealing with the cameras has made her an incredible revelation and for proof, a role: ‘La Rebe’ (as she is known in this hit Netflix series). Claudia Salas, 26, began to give life to this character from the second season of ‘Elite’ and from there, our hearts stayed with her. Rebeka Parrida López is direct, strong, and perfect, so in this fourth installment, her role becomes one of the main ones to show how she comes out of her shell and is faithful to her way of loving.

What Claudia Salas likes most about Rebeka is the honesty of her character and she confessed to us that the biggest challenge for this fourth season of ‘Elite’ is to see how her character comes out and seeks to ‘love without brakes’.

‘What I like the most about Mencia is his impulsiveness’, this was what 20-year-old Martina Cariddi said about this new character. The young actress becomes the maximum rebel of this season. For months we knew of his integration to ‘Elite’ and his role is a real breath of fresh air. This screen debut catapults her as one of the favorite roles of this new generation of ‘Las Encinas’ and both her confrontational attitude and her daring style will keep her in our sights from now on.

The importance of visibility.

For years we have focused our attention on the intense romance between Omar and Ander, and now, Rebeka and Mencía in this fourth season take the reins of the story, to this the protagonists of ‘Elite’ could not feel more proud to be part of the storytelling: ‘It was necessary to make visible this love between two women that had not been shown before. In this fourth season, we do see this hole to be able to tell the story well. As an actress, it is a gift to be able to play with the character and continue to build this arc. I feel very happy’, revealed Claudia Salas.

Their romance does not manifest itself in an obvious way, but they manage to take it from the most emotional and credible side possible: ‘In the fiction, in the end, the story between men who love each other has more weight, than women who love each other, than from the platform and elite want to make it visible and count it in this way, that an event of having a relationship with the same sex is not supposed but that the event is the feeling, that they hurt you again makes me super successful. It makes me super successful, from the utmost naturalness. It seems necessary to me, ‘said Claudia.

Beyond having a closeness in the eyes of millions of people, Claudia Salas and Martina are friends on the screen, Martina highlighted how they managed to connect beyond ‘Elite’: ‘We are both to propose, to go beyond and Get out of the comfort zone and that helped us.’

And, for those of you who haven’t seen this new story yet, how would you both describe this fourth installment? Both Claudia and Martina agreed that it is a different season; Well, the plot now recovers the school style that fell in love from the first chapter, but now, the sexual energy increases and as they say: ‘it comes back with great force, it is playful, daring and risky’.

So if you haven’t seen what awaits you inside and outside the walls of ‘Las Encinas’, it’s time to put play to the 8 chapters of this new season of ‘ Elite ‘.