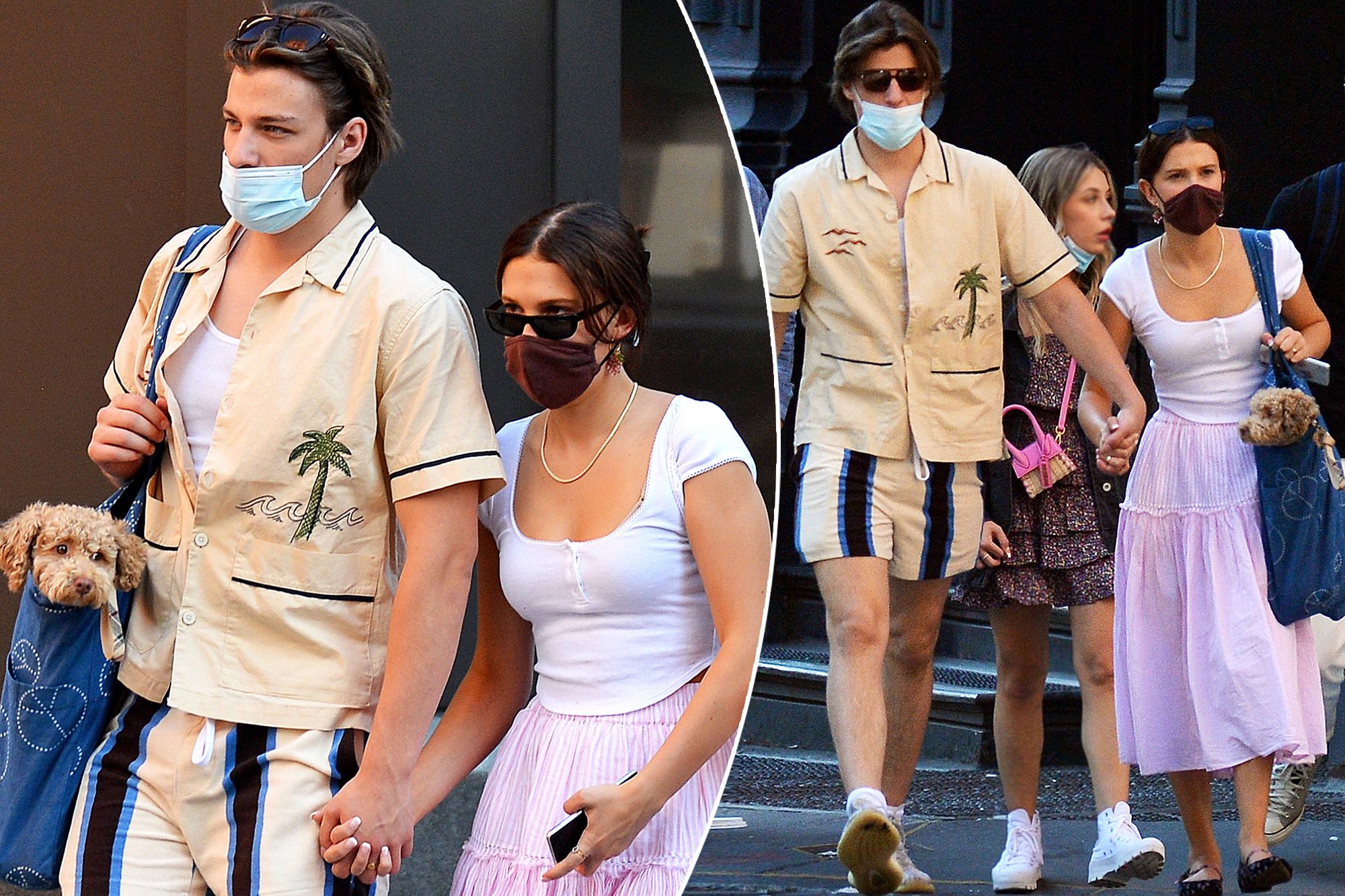 The images released by international media such as Page Six also show Millie with a blue denim bag from which the head of her puppy Winnie was sticking out, a pet that has helped her in her treatment for anxiety.

Who is Millie Bobbie Brown’s boyfriend?

Jake Bongiovi is the second of Jon Bon Jovi’s four children with his wife of more than 30 years, Dorothea. Jake gained notoriety in 2018 for staging a strike at his high school in New Jersey in protest of the lack of government regulations on gun control in the United States.

A couple of weeks ago, Jake shared on his Instagram account a photo of him with Millie while they were taking a car ride. He also recently shared a selfie in a beauty salon wearing a t-shirt with his girlfriend’s face on it. The pair are definitely vibrating high.

Brown will return to the Netflix screen with the sequel to Enola Holmes, in which the young British woman will reprise the role of the young investigator and sister of Sherlock Holmes, a production in which she will share roles with Henry Cavill as Arthur Conan Doyle’s famous detective.

We will also see Millie Bobbie Brown in the fourth season of Stranger Things.