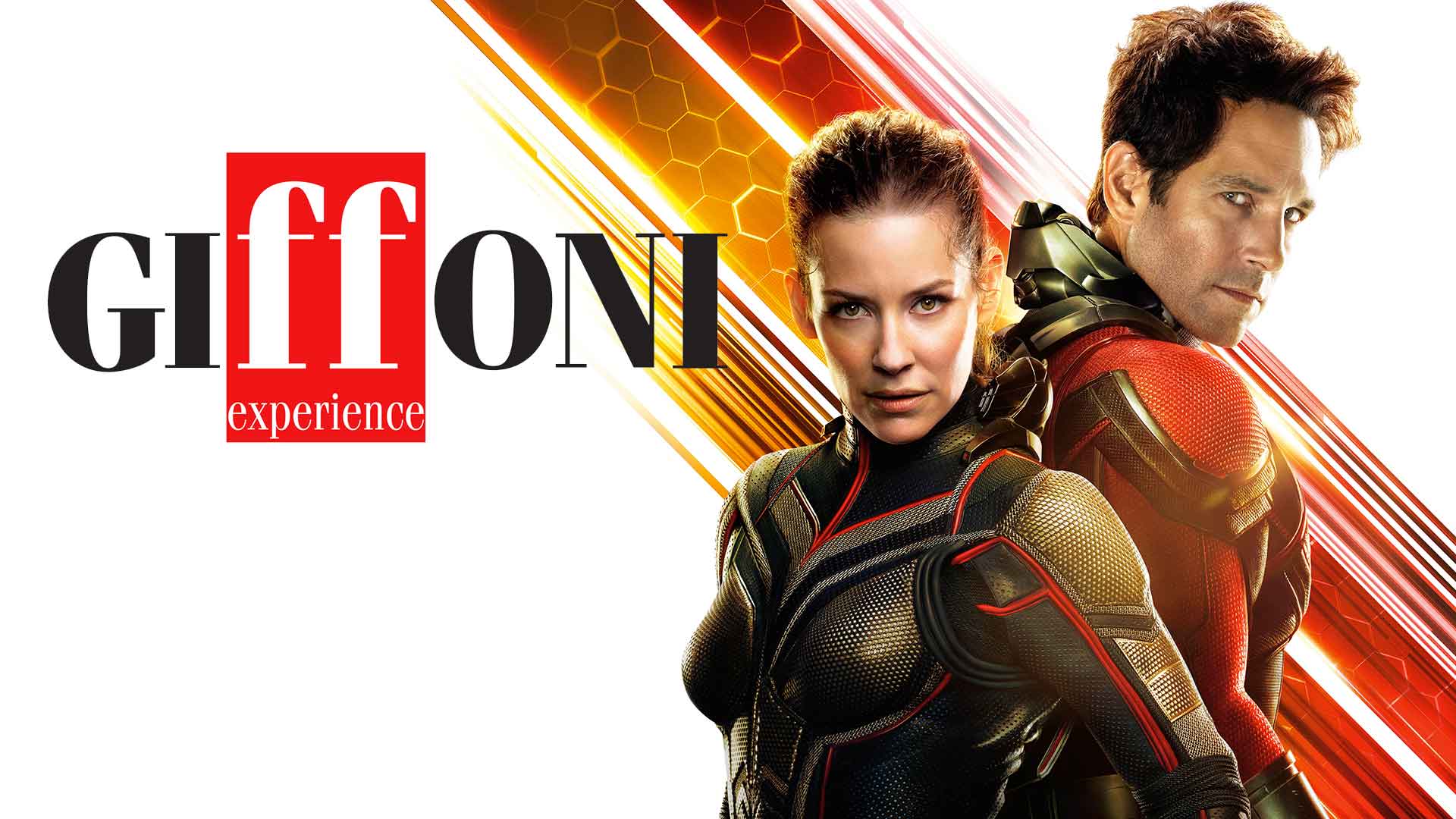 by Hotel Transylvania 3 , The Incredibles 2, Teen Titans Go or The Maya the Bee , all premiered at the most important film event dedicated to children of all ages? The answer came on time. Ant-Man and the Wasp inaugurates Giffoni 2018 (from 20 to 28 July) and as the icing on the cake came the announcement that the protagonists themselves, Paul Rudd and Evengeline Lilly, will present the film on the blue carpet of the event.

Ant-Man and the Wasp inaugurates Giffoni 2018

The cinecomic Marvel is the second appointment dedicated to the ant superhero and the smallest member of the Avengers both at the cinema and at Giffoni 2018, where the first film had made its official debut in 2015.

This is the official plot : After the events told in Captain America: Civil War, Scott Lang must face the consequences of his choices both as a superhero and as a father. While busy managing his family life and responsibilities as Ant-Man, he is assigned a new and urgent mission by Hope van Dyne and Dr. Hank Pym. Scott will have to put on his suit once again and learn to fight alongside the Wasp as the team seeks to shed light on the secrets of their past.

Ant-Man himself, accompanied by the beautiful Wasp, will arrive on July 20 at Giffoni 2018 to present the film to all the public. The two actors will parade on the blue carpet and will meet the jurors of the Festival. To be able to meet them and ask for an autograph do not miss the opportunity to position yourself in the front row in front of the barriers, where every year children of all ages "camp" just to be able to take a photo or shake hands with their favorite idol.

Ant-Man and The Wasp release date

Ant-Man and the Wasp inaugurates Giffoni 2018 one month before its theatrical release. It will be in all Italian cinemas in fact starting from 14 August 2018. Like the previous chapter, Ant-Man and The Wasp is directed by Peyton Reed and produced by Kevin Feige, while Louis D'Esposito, Victoria Alonso, Stephen Broussard, Charles Newirth and Stan Lee are executive producers. The screenplay is written by Chris McKenna & Erik Sommers, Andrew Barrer & Gabriel Ferrari and Paul Rudd. Also starring Michael Peña and Oscar winner Michael Douglas, along with Bobby Cannavale, Judy Greer, Abby Ryder Fortson, Tip TI Harris and David Dastmalchian. They are joined by Oscar® nominees Michelle Pfeiffer and Laurence Fishburne, along with Hannah John-Kamen, Walton Goggins and Randall Park.

Did you know that…

The brilliant scientist Hank Pym and his alter ego Ant-Man made their Marvel comics debut in 1962 as part of Tales to Astonish # 27, before appearing in 1963 as part of the Avengers team in Avengers # 1. Pym's immeasurable contributions to the world of superheroes began with the discovery of a unique chemical, nicknamed the Pym Particle, which allowed him to alter the size of his body and possess superhuman strength. Wasp, a founding member of the Avengers along with Ant-Man and the team's first superhero, made her first appearance in Tales to Astonish # 44 in 1963.