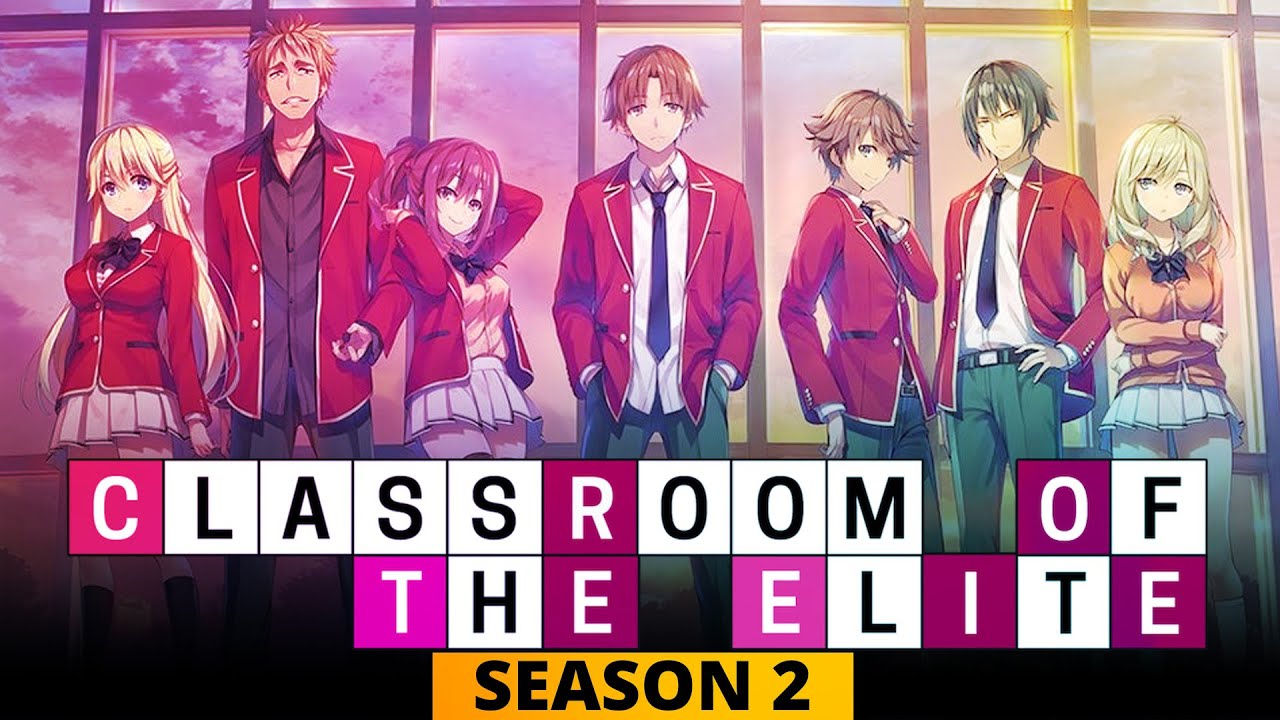 Classroom of the elite, a famous high school drama anime, based on light novels and manga series, created by Shogo Kinugasa and is inspired by Japanese light novels. The anime series depicts the lives of high school students attending low-grade classes of Japan’s most honorable institution. The series gained too much fanbase due to its plot, and the main reason for its popularity is that it takes you back into your school life and depicts how life can be changed if you accompany the right friends. The series depicts the storyline in a very bonding manner to the audience.

One of the major reasons why people love this anime series is that it breaks the conventional way of thinking. Be it anything – anime includes a set of wonderful approaches to everything like games, love, etc, and also offers a way to take things into a different perspective. Moreover, Classroom of the Elite season 2 depicts school to a new level, where students are not just judged according to their exams, but something way beyond it. As a result, fans are eagerly waiting for Classroom of the Elite season 2, and here is the information that is known so far.

Before talking about the release date of season 2, let’s have a look at some possibilities that make you believe that series season 2 will come. There is much more content and material in the light novels through which it is inspired to create season 2, and the content is so much that even three seasons can come up. The release date of the first season came into action on 12 July 2017 and continues till 27 September 2017. But, no official announcement has been made regarding Classroom of the Elite season 2 release. According to some media sources, it is supposed to air in September 2020, but according to rumors the creator of the light novel Shogo Kinugasa doesn’t like anime series so the series can come to a halt and it all depends on whether the rumor is true or not. So, according to this anticipation, season 2 can air in 2022.

Characters involved in Classroom of the Elite season 2

It is a fact that no anime series is complete without a bunch of strong characters, and this anime series includes unique characters. If you are expecting the same cast as season 1, then it’s true as most of the character’s voicing is done by the same dubbing artists of season 1. Let’s have a look at the cast of season 1 that can continue in season 2 also.

The plot of Classroom of the Elite season 2

The anime series revolves around a renowned Japanese school called “Tokyo Metropolitan advanced nurturing School’ that is controlled by the Japanese government. The main aim of the series is not only to offer the best academic services but also to depicts the student’s hardships in life. Classroom of the Elite season 2 arises with a romantic plot also between Caria and Samuel as per the season 1 storyline. But, the launching of season 2 is yet to be announced, till then watch the amazing season 1.

The storyline of Classroom of the Elite season 2

The story of this famous anime series portrays the environment of a school that makes you realize the academic hardships. Kiyotaka Ayanokoji, the series protagonist, is an introverted kid in D-class. The government divides sections from A to D according to performance. Season 1 of this series depicts the transformation of D-class students to A-class students. It would be worthwhile to watch the healthy competition among students in Classroom of the Elite season 2.