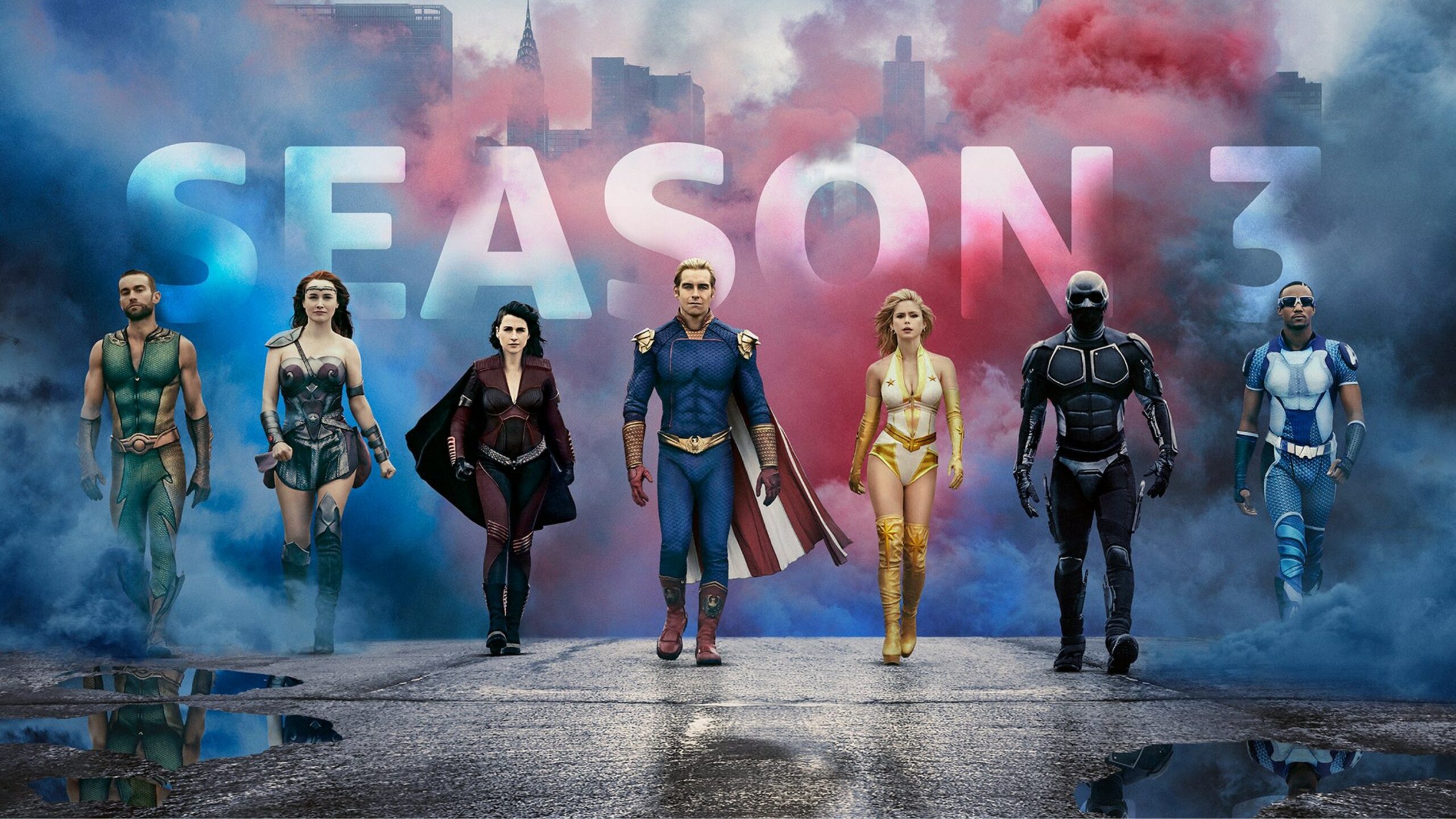 An official start date for “The Boys” season 3 has not yet been set. Fans are hoping for a start at the end of 2022, but filming has only recently been in full swing, so a start in spring 2022 seems more likely. As before, the superhero series will very likely be launched internationally at the same time.

The Boys: Mini-Series by Vought

To promote the new episodes of “The Boys”, not just a music video (below) was released, but an entire news program set in the “The Boys” universe. The news that keeps us up to date on what’s going on in the series is intended to fill gaps in content between season 2 and season 3.

The show is titled “Seven on 7” and is hosted by Cameron Coleman, played by Matthew Edison. News anchor Coleman will also feature in Season 3. The fictional news program runs on the fictional, corrupt and conservative channel VNN, which belongs to Vought International. Watch the first episode here:

Every month, always on the seventh, new episodes of the news broadcast await us. We always get seven stories about the characters from “The Boys” and their whereabouts after season 2, as well as a commercial. The new episodes can always be found on Vought International’s social media channels.

An official trailer for “The Boys” season 3 has not yet been released. To do this, the stars of the series post numerous sets on social media. The costume of “Supernatural” star Jensen Ackles was recently released as Soldier Boy in “The Boys” season 3.