Pregnant! Lana Rhoades: Who Is The Father Of Famous Adult Star? 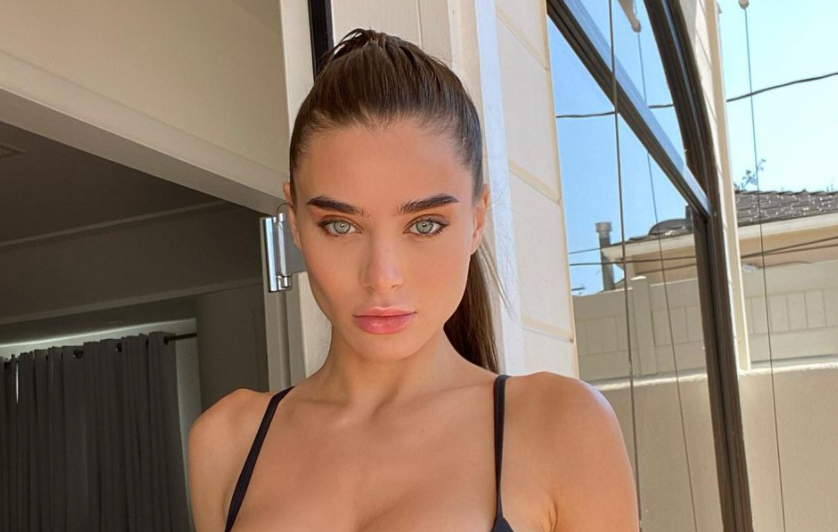 Lana Rhoades has not given details of who the father of her baby is, as she separated from Mike Majlak in February 2021.

Internet users have questioned who is the father of Lana Rhoades’ son, who became a trend on social networks after announcing her pregnancy through an emotional photograph on her Instagram account.

We remember that Rhoades began a romantic relationship with the famous YouTube Mike Majlak in 2020, but they decided to end their courtship in October of that same year, although they tried to rescue their relationship, they separated in February 2021.

And it is that, on several occasions, users have noticed that Lana Rhoades shows off her skinny waist on Instagram, but this time she surprised her more than 15 million followers with the announcement of her pregnancy.

After the news was released that the young American is in the sweet waiting of her first baby, the former influencer reacted and with a joke suggested that he would only confess to being the father with a DNA test, as mentioned by some media.

Who is Lana Rhoades?

Lana Rhoades’s real name is Amara Maple, the 24-year-old is a former adult film actress. He has shown his facet as a model, influencer, and YouTuber, but rose to fame in 2016 for his participation in the adult film industry.

Before entering adult entertainment, she worked in a restaurant as a hostess but later became a striptease dancer. Although he gained popularity for his films, he retired in 2018, claiming he wanted a real life.

After retiring from the adult film industry, Rhoades made his Only Fans account known to his loyal followers, where have added more than 25 thousand subscribers.

The Internet celebrity has also been part of an exclusive collection of underwear of the company Yandy fashion design. The influencer modeled several outfits that highlighted her incomparable beauty and what to say about her spectacular figure.

The lace lingerie line was launched in 2021, as Rhoades announced through his social profile in January this year, the underwear line is very daring sets.

On the other hand, the former adult film star has her own YouTube channel that premiered in 2020 and has 981 subscribers, the few videos that some have shared have added thousands to a million views.

About Rhoades’ love life, the model had an affair with Mike Malak who confessed in a YouTube video that his ex was obsessed with linear and traditional love, he wanted to have a family, but Mike had other plans, so they ended their love relationship.

When will Lana Rhoades give birth?

The famous influencer will give birth on January 13, 2022, as confirmed in the photo she shared on her social profile. An ultrasound with the aforementioned date appears in the image, which has left fans of the American model very excited.

The model has not revealed more details of the sex of her baby, it is still unknown if it is a boy or a girl, but despite this, fans of the influencer Lana Rhoades have sent her emotional messages of congratulations on the sweet expectation of her first baby.