Buy Smart TV? You have to pay attention to this

You probably won’t have a big picture tube at home anymore, but there is a chance that you are about to buy your first smart TV. After all, not all flat screens are smart by definition. But even if you have already bought a smart TV once, it is useful to know what you can best pay attention to when purchasing.

Buying a smart TV is not something you do every day. Although we are spending less and less time with our technological gadgets in our society, we still have the expectation with televisions that we can use them for years to come. This also applies to smart TVs, although the difference is that you depend on how long a manufacturer continues to release updates for the device, if you want to continue to use all smart options. That is mainly what a smart TV does. TV makes different from other televisions. The smart TV is connected to the internet and this gives you all kinds of options. In fact, a smart TV is a kind of smartphone, but with a different picture format and significantly fewer apps. For example, on a smart TV you can install the Netflix app, so that you can directly switch on a movie or series on that streaming service with your remote control.

Very handy, but this also means that there are even more factors to take into account when you buy such a television. Such a smartphone-like television has an operating system that is slightly different for each brand, and one is more compatible with Android or iOS than another. These are certainly things to consider, in addition to the basic aspects such as television size and display technology. For general information on how to buy a television, please refer to the article ‘What to look for when buying a television’. Furthermore, we now dive deeper into the facets to pay attention to when purchasing a smart TV specifically. 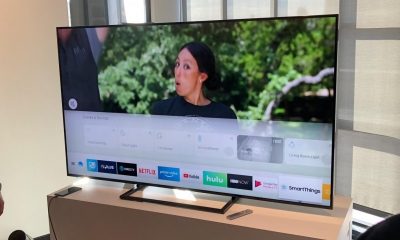 As mentioned, one operating system is not the other. Many television makers use Android TV, such as Sony and Philips, but not all. For example, LG has its own operating system called WebOS and Samsung TVs come preinstalled with Tizen. Also pay attention to how much advertising is on the television. Some smart TVs just keep on bulking up content from streaming services that you don’t have at all. In itself, this commercial approach also has an advantage, because manufacturers could make televisions cheaper partly because of these deals. Anyway, once you’ve bought your television, you forget that and you may be annoyed by the many commercial expressions on a device that you just paid for. It is therefore useful to look further than the demo version of the television in the store. If you would like a television with a built-in Chromecast, it is best to look for a television with Android TV. It works a lot better with your Android device. If you are more Apple-minded, we would rather recommend an LG, which is more geared to Apple software, so that you can easily use the television in combination with your iPhone. 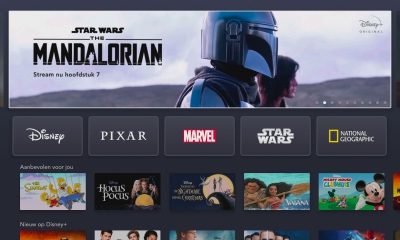 You can install apps on smart TVs, but not all apps are available on all TVs. Where you get far with major streaming services such as Netflix, Disney+ and HBO Max, there are smaller streaming services that may have less availability. So, check which apps you consider an absolute must on your television when you are orientated and be informed: does that company’s app also work on the television you have in mind? Also, always keep in mind changes: an app that’s available now might just disappear after a while. TV manufacturers cannot be held accountable for this either, so be careful not to focus on the availability of apps on the device. 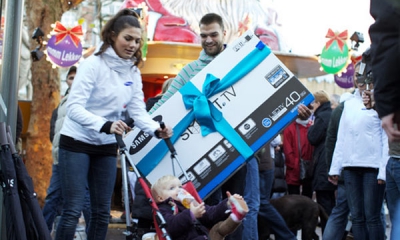 If you want to install a smart TV, WiFi is often required in your home. It is also possible to use a smart TV without an internet connection, but then you cannot count on smart functions such as downloading apps, streaming Disney+ or looking up a video clip on YouTube. In line with this, it is good to find out to what extent your television can communicate with your smart home. For example, does your television work with a specific smart home hub? That makes it easier to control the television with your voice, for example, or to make it part of routines within your smart home. 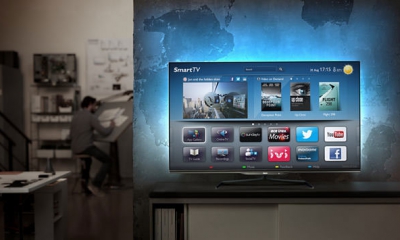 Probably the most important consideration is your privacy and security. Smart TVs are online and that automatically makes you vulnerable to attacks. Now in most cases it will run smoothly, because not a lot of information can be obtained from a smart TV (at least not as much as from the average smartphone or laptop), but it is certainly something to consider. Certainly in combination with your privacy. Are you okay with a manufacturer finding out more about you? This is often what you agree to when you buy a smart TV. What you like to look at can be very interesting for some companies. You hardly notice this yourself, but the data that manufacturers are allowed to collect can be used to sell or to tailor content to you. So check carefully what you can expect from the TV brand.

Do you want to know more about buying a television? Read our extensive tips and advice section.

Can you also buy a ‘dumb’ high-end TV without smart functions?

Five mistakes not to make when buying a new TV