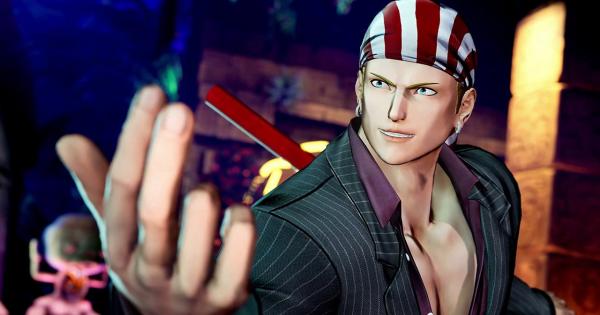 Editorial: Gaming / Facebook / Twitter / YouTube / Instagram / News / Discord /Telegram Like the vast majority of current fighting titles, The King of Fighters XV is constantly expanding thanks to patches that fix bugs and add new content. Now, SNK has just released the official trailer for the second DLC team which is coming sooner than you think.

The King of Fighters XV will receive new characters next week

As we told you, the Japanese company revealed a few months ago that the TeamPass 1 It will be made up of 2 teams. The first turned out to be Team Garou, whose members are Bonne Jenet, Gato and Rock Howard. While we already knew that the second grouping would be the South Town Team, we finally got to see a trailer showing the playstyle of all of its members, i.e. Billy Kane, Ryuji Yamazaki, and Geese Howard. We will not tell you more, here we share the trailer of the new DLC team of the fighting video game: As observed at the end of the footage, the new third party will debut on May 17. An interesting tidbit is that all characters will include an alternate skin that fans of yesteryear will surely recognize. It will be interesting to find out if SNK adopts this same philosophy with upcoming unannounced fighters coming in the future. We remind you that the TeamPass 1 It costs $30 USD on digital portals and includes the first 2 DLC teams. On the other hand, players who wish to do so can purchase the South Town Team separately for $16 USD. Unfortunately, SNK did not reveal the identity of the groups that will make up the TeamPass 2
In case you missed it: Players expose PS5’s horrible input lag for fighting games

Free content coming to The King of Fighters XV

Fortunately, the fighting video game will also receive a free novelty that will surely delight the most nostalgic fans. Through a post on Twitter, SNK confirmed that the DJ Station section will receive new music from one of the most neglected installments of the franchise. Specifically, players will have access to the music library of The King of Fighters NeoWave, an installment that debuted in 2004 for the purpose of the tenth anniversary of the series. The new songs will be available on May 17 for all players.

【KOF XV】
To coincide with the release of Team SOUTH TOWN, we will be adding tracks from THE KING OF FIGHTERS NEOWAVE to KOF XV’s “DJ STATION” for free.
More tracks will be added in the future, so stay tuned!#KOF15 #KOFXV pic.twitter.com/VKjNVoWKVy— SNK GLOBAL (@SNKPofficial) May 13, 2022

But tell us, what do you think of the South Town Team? Do you plan to acquire it? Let us read you in the comments. The King of Fighters XV is available for PC, Xbox Series X|S, PlayStation 4 and PlayStation 5. You will find more news related to this popular fighting title by visiting this page.
Related Video: The Good, The Bad, And The Meh Of The King Of Fighters XV