Mario, no! The Stanley Parable on Switch has a strange reference to the Nintendo icon 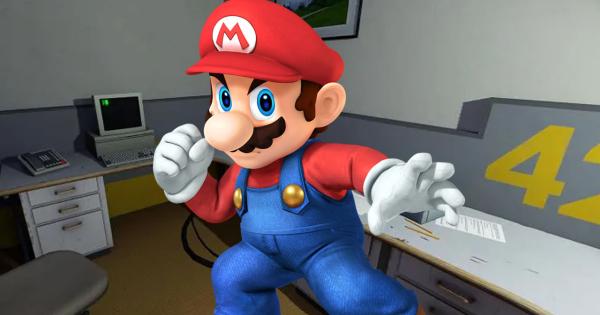 Editorial: Gaming / Facebook / Twitter / YouTube / Instagram / News / Discord /Telegram Easter eggs can be anything from tributes to past installments that influenced the development process, to bizarre tributes to industry icons. Precisely, it is the second case that gives us the note this time because the version of The Stanley Parable on Switch has a strange reference to Super Mario Bros.

The Stanley Parable and his strange Super Mario easter egg

The cult title The Stanley Parable has been something to talk about over the years and its arrival on new platforms is responsible for maintaining that halo of mystery and interest around its proposal. Now that this game, developed by Galactic Cafe under the direction of Davey Wreden and William Pugh, has arrived on Switch, players have noticed something strange, an easter egg that will undoubtedly make the controls of the old school of Nintendo furious. According to player reports of The Stanley Parable on Switch (via The Gamer), the game has a strange reference to Nintendo icon Super Mario. This one is in the boss’s office, where in previous versions there is a painting with a panda pleading while a hand points a gun at its head.

Well, as you can see in the video, in the case of The Stanley Parable on Switch, the hand in question pointing the gun has the glove and long-sleeved shirt from Super Mario. Obviously, the developers appeal to the idea that it is a simple hand and an arm doing something, perhaps to avoid any controversy, but without a doubt the fact that this change has occurred with the arrival of the game on Switch, the community He has considered it as an easter egg for Mario, who seems not to be a hero in the universe of this title. Still here at WTTSpod.
Video: SPEEDRUN – News Roundup – Week 18, 2022