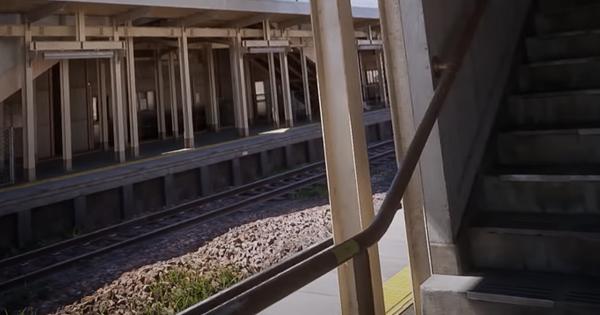 Editorial: Gaming / Facebook / Twitter / YouTube / Instagram / News / Discord /Telegram Will video games ever be able to look as realistic as life itself? Although there are projects that look impressive and are a delight for the eyes, it is clear that there is still a long way to go to reach the point where the images of a game are confused with reality. However, every day we get closer to this scenario and as proof of this we have an impressive video that will take your breath away. A few days ago, the independent developer and 3D artist Lorenzo Drago uploaded a video to his YouTube channel where we can see a tour of the Etchū-Daimon train station located in Toyama, Japan.
In case you missed it: To the conquest of Mars! Epic Games and NASA join forces At first glance, there is nothing extraordinary and everything seems to be in order. That initial perception, however, quickly changes when we realize that we are actually looking at a demo made in Unreal Engine 5, the new version of Epic Games’ graphics engine.

How?! This video was not recorded with a cell phone, but a demo of Unreal Engine 5

In the description of the footage, the indie developer commented that he worked on all the lighting, set modeling, and animation for the video. He confirms that he used the Lumen technology present in the graphics engine, but dispensed with the Nanite geometry system, which allows for the display of cinematic-quality assets. Lorenzo Drago used the motion controls of a virtual reality device to simulate the movement of a cell phone camera, which undoubtedly helps immersion and sells the sensation of watching a real video. He goes without saying that everything on the demo is impressive; from the quality of the textures to the play of lighting. Once the lights go out and darkness engulfs the empty train station, the video does a 180º turn to become a terrifying experience. The 3D artist answered some questions from users in the comments section and assured that he worked on the project for about a month. Of course, he reiterated that the technical demo does not run in real time, but rather runs at about 7 frames per second in a high resolution rendering.
Find out: Fan Creates Playable Spider-Man Demo In Unreal Engine 5; you can try it for free “I can run it in real time at about 30-50fps at 1440 resolution during the day, but the image quality is worse. In any case, it is not fully optimized, so it could get better performance with a little more work”, commented Lorenzo Drago. But tell us, do you think video games will be able to look like this tech demo in the future? Let us read you in the comments. You will find more news related to Unreal Engine 5 if you visit this page.
Related video: Unreal Engine 5: current generation leader?