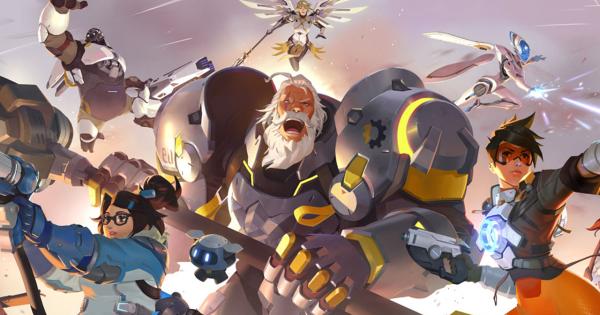 Editorial: Gaming / Facebook / Twitter / YouTube / Instagram / News / Discord /Telegram Since its announcement in 2019, Overwatch 2 has done nothing but be in the eye of the storm. Of course, the months of silence from the developers and the recent toxic work environment controversy that engulfed Activision Blizzard did little to assuage the community’s concern. Now that users have already been able to test the title through a closed Beta, the first alarm bells began to sound. On April 26, the first test period opened its doors and thousands of players were able to explore the novelties offered by this sequel in the competitive section. Initial impressions were positive, but it seems that as the hype waned over time, complaints started to surface.
Find out: In a week, Overwatch 2 lost almost its entire audience on Twitch The most recurring observation is, of course, the similarities that Overwatch 2 has with the original title of 2016. Beyond some important changes that alter the rhythm of the combats and the playstyle of some characters, the experience seems to be very continuous on many fronts.

Is Overwatch 2 identical to the first game?

Of course, the changes in the graphic section are also very subtle and seem insignificant. A few days ago, a Twitter user shared a comparison of the maps of the sequel and the first installment. The images are almost identical and the only thing that changes is the time of day. The footage went viral and already has more than 7 million views. Naturally, users took the opportunity to attack the video game and share a lot of memes that made fun of the changes introduced by the sequel, which did not satisfy the community.

As the Kotaku portal highlights, a player turned to the official Blizzard forum to state that Overwatch 2 is a “glorified update” of the first installment and that the Beta does not offer enough news. Of course, we must remember that all these criticisms are directed at the trial period, which focuses mainly on balance and stability. Also, a post on the official developer blog states that there is still a lot of work in progress. With this in mind, we must consider that Blizzard has a lot of time to make modifications that meet the expectations of the fans.
In case you missed it: “I’ve played this before”, Dr. Disrespect is not happy with the Overwatch 2 Beta Finally, it is necessary to point out that one of the great novelties of the sequel, that is, the cooperative section, still remains a mystery. It is possible that said game mode will change the perspective of the community, although we will have to wait to find out. But tell us, have you already tried the new installment? What do you think about it? Let us read you in the comments. Overwatch 2 is in development for PC, Xbox One, Xbox Series X|S, PlayStation 4, and PlayStation 5. You can learn more about it by clicking here.
Related Video: Overwatch 2 – “Sojourn” Gameplay Trailer