“It has to be”, streamer believes he has discovered a new dimension in Minecraft 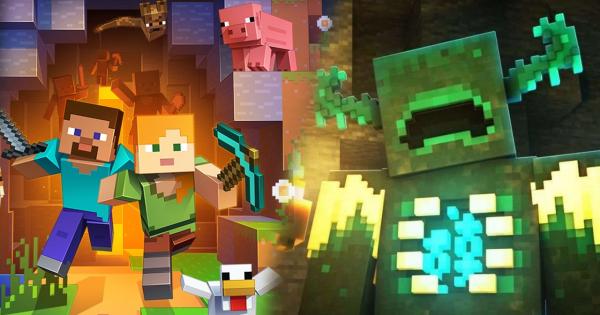 Editorial: Gaming / Facebook / Twitter / YouTube / Instagram / News / Discord /Telegram Minecraft is one of those games that have surprised over the years with secrets that arouse the curiosity of players. Apparently, Mojang is preparing a mystery that will lead to new content. Or at least that’s what many think, as a streamer believes he has discovered hints of a new dimension in Minecraft. It just so happens that Phillip “Ph1LzA” Watson, a popular streamer known for his Minecraft content, found a disc that appears to be a clue to new content for the game. Specifically, it is a disc that will officially arrive in update 1.19 and which has sound effects that seem to point in a new direction. Ph1lzA found this disc in an early version 22W16a of Minecraft and upon listening to it he realized that it has different funny sound effects. A doorway-like sound is first heard, followed by people coughing, heartbeats, footsteps, and more.
In case you missed it: This 20-year-old earns $90,000 creating maps in Minecraft “It’s such a clear sign that there has to be, like, something more to do with old cities,” said Ph1LzA. “Why more effort to make this place so dangerous and not really give as much reward? The more I think about it, the more sense it makes. The Arden has to be guarding something. What, is it guarding a treasure? No, it’s guarding a portal. It’s guarding a portal. It makes a lot of sense. Why else did they make it so strong too?” the streamer said.
Find out: Jason Momoa is in talks to star in the Minecraft movie Although the clue seems to be very clear, the reality is that it does not confirm anything either and Mojang has not said anything about a new direction. We’ll keep an eye out and let you know once we have more details about this possible new dimension. What do you think about this new? Do you think they are clues to a new dimension for Minecraft? Tell us in the comments. Follow this link to see more news related to Minecraft.
Related Video: News Roundup