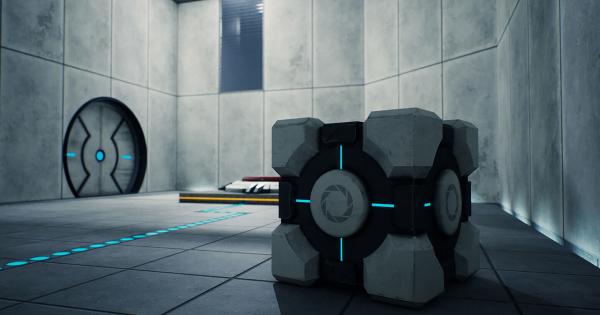 Editorial: Gaming / Facebook / Twitter / YouTube / Instagram / News / Discord /Telegram Portal is one of the most beloved franchises in the entire industry, so it’s not uncommon to hear that its fans are dreaming of a new installment. Apparently Valve has no plans to make it a reality, so a fan decided to go back to the original title and improve it. For this he decided to create a remake of the game as part of a university project. Alfred Beddow decided to revamp the look of Portal with Unreal Engine 5, the latest version of Epic Games’ development engine. The results are quite attractive, since the title has support for ray tracing.
Find out: Will there be Portal 3? Co-writer of the series wants to do it as soon as possible

Beddow recreated the beginning of the game with Unreal Engine 5 and improved every detail of the test chamber where this adventure begins. As we told you, he did it as part of his university project, so for now the remake is not public. Actually you may never be able to enjoy this version of the classic, as the creator of it has no goal to recreate the entire game or release the current work of it. Beddow explained that every element in the game was recreated from scratch with new models and textures. He also clarified that he took some creative liberties with certain models, as this way he could improve their appearance. Several original elements are of very low quality, so it was difficult to rebuild them with Unreal Engine 5. “Some elements, like the walls and doors, were inspired by Portal 2. I admit that it is not perfect and it is missing some things, but it had little time and unfortunately I didn’t have time to do everything,” said the player. Lastly, he pointed out that he might do the full remake if there is a lot of interest in the project. We do not tell you more and we leave you below a trailer that shows the title.

In case you missed it: Surprise! Valve launched a new game from the Portal universe and it’s free. If you want to know more about Portal, we recommend that you visit this link.
Related Video: News Roundup – Week 17 of 2022