Will be? Back to the Future easter egg found in Red Dead Redemption 2 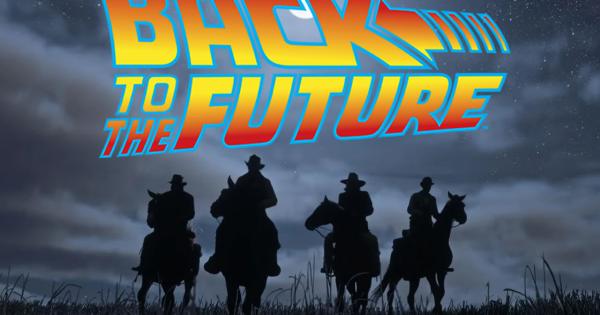 Editorial: Gaming / Facebook / Twitter / YouTube / Instagram / News / Discord /Telegram In general, finding an easter egg in a video game is not an easy task, especially when it comes to an open world title. Hence, some details and references are found years after the launch. This time we have information that involves one of the movie franchises that defined the 80’s and one of the best open worlds ever created.

A note from The Gamer shared some finds in Red Dead Redemption 2 compiled by the YouTube channel FunWithGuru and one of them has drawn a lot of attention. Why? Well, fans consider that it is a clear reference to a Back to the Future event, a science fiction film whose trilogy is among the most successful and remembered in history. What happens is the following. According to the discovered easter egg, if you visit the mountainous area of ​​Roanoke Ridge New Hanover during a stormy night, players will notice that right where a group of trees previously burned by lightning is located, it will fall again shortly before let it be 10 at night. The detail in question is that this will happen whenever there is a storm and at the same time.

What is the relationship between Red Dead Redemption 2 and Back to the Future?

According to fans, the fact that lightning strikes around 10 p.m. in that area of ​​​​Red Dead Redemption 2 whenever there is a storm is a reference to Back to the Future. The foregoing when considering that, within the history of the film, on November 12, 1955, lightning struck the Hill Valley Clock Tower causing its mechanism to stop marking 10:04 PM. Within the events of the film, this moment is significant because by knowing when and where the lightning will strike, Doctor Emmett Brown can use its energy to propel the DeLorean and make its journey through time. Although nothing is official yet and this could be a strange coincidence or a scheduling detail, fans are sticking with their claim that there is a Back to the Future easter egg in Red Dead Redemption 2. Stay with us at WTTSpod.
Video: SPEEDRUN – News Roundup – Week 17, 2022