Maluma celebrates 28 years of life achieving one of his biggest dreams: acting in the movies 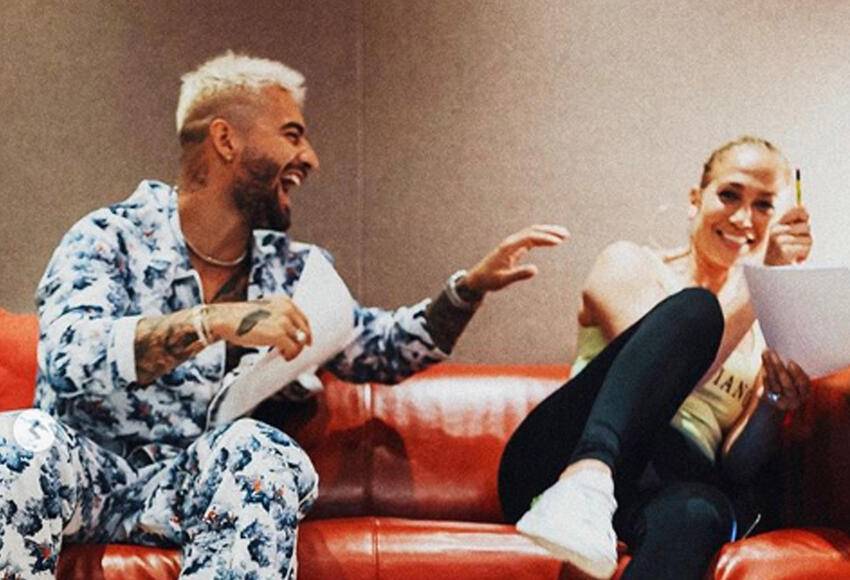 Singer, fashion icon, and now movie actor . Maluma considers himself a great and tenacious warrior, since he has just shared on his Instagram profile that "dreams are never too big for someone brave and fighter" . The Colombian artist, representative of the urban genre, has expressed himself in this way because he is seeing a new goal for his professional life fulfilled: debut on the big screen , and he does it nothing more and nothing less than next to another great Latin star: Jennifer Lopez.

On the eve of his 28th birthday (he was born on January 28, 1994), Maluma, whose real name is Juan Luis Londoño , is super excited about his participation in the movie Marry me , a romantic comedy that lands in movie theaters. cinema this February 11 . The musician has just published a short behind- the-scenes video on the set of the tape in the company of JLo.

"You're beautiful," he tells the interpreter of Jenny from the block , while he greets her when he arrives at the studio. Maluma is moved when she replies: "And you're handsome!", so the pretty boy (as one of the hits from Medellin is called and as López told him in English: you're pretty! ) breaks into a nervous laugh and a small hug to placate the spontaneous moment.

Both maintain this flirtation and playful chemistry in the recordings, because in the plot of Marry me ( Marry me , in Spanish) they, as in reality, are two very famous pop superstars , with the fictitious detail that they are a couple about to get married.

She is Kat Valdez and he is Bastian , and they want to say “I do” in front of a global audience. But shortly before taking the big step, Kat discovers that Bastian has been unfaithful to her and, on a whim, decides to marry Math teacher Charlie , played by the renowned Owen Wilson , who in the story is a stranger in the crowd.

In addition to their performances, the singers have given this film original songs for its soundtrack. Two of those melodies that will sound in the film were developed together: they are Pa' ti and Lonely , which have their respective videos.

In just 28 days of 2022, it is already being a good year for Maluma. In addition to his film acting debut, Italian fashion house Versace last week tapped him as its new ambassador for its spring-summer campaign. For fashion scholars, the news did not come as a complete surprise, as Maluma had worn Versace at various events, for months, and was even seen accompanying Donatella Versace on some of those occasions.

In addition, the interpreter of Felices los 4 is since last year the first Latin artist, and the second in the world, to design a limited edition clothing line in collaboration with the Parisian haute couture house Balmain . And with Dolce & Gabbana she experienced her first time as a model, at Milan Fashion Week in 2018, wearing a silver sequined suit.

"When I first met Maluma, I immediately felt his energy and captivating personality, " said Donatella Versace , creative director of the luxury brand in a statement. For his part, the "pretty boy" also felt again that "he was fulfilling a dream" . "Fashion is one of my biggest passions outside of music and being part of the vision of Donatella and the Versace family is an honor."

“You are a super star! The world is not ready to see these photos of you! You are our versace king ! Love you!!”, Donatella has responded personally to the looks that Maluma published on Instagram, starring in a university jacket with brand patches and sack suits.

And as for music, which is his job, in mid-January the paisa made available his first song of the year, entitled Cositas de la USA . His lyrics speak of the desire he feels for another person, a concept that is reflected in the video clip of the song. Maluma moves to a hotel to conquer different girls following the same strategy with each one: flood their rooms with gifts in order to reach their hearts.

He also hopes to receive one of the awards from Premios Lo Nuestro 2022 , a Univision and Las Estrellas ceremony to be held on February 24. The Colombian is up for eight nominations, including artist of the year, pop soloist of the year, and song of the year .