Noah Beck Ans Bryce Hall Kissed! Is There Something Between The Two? 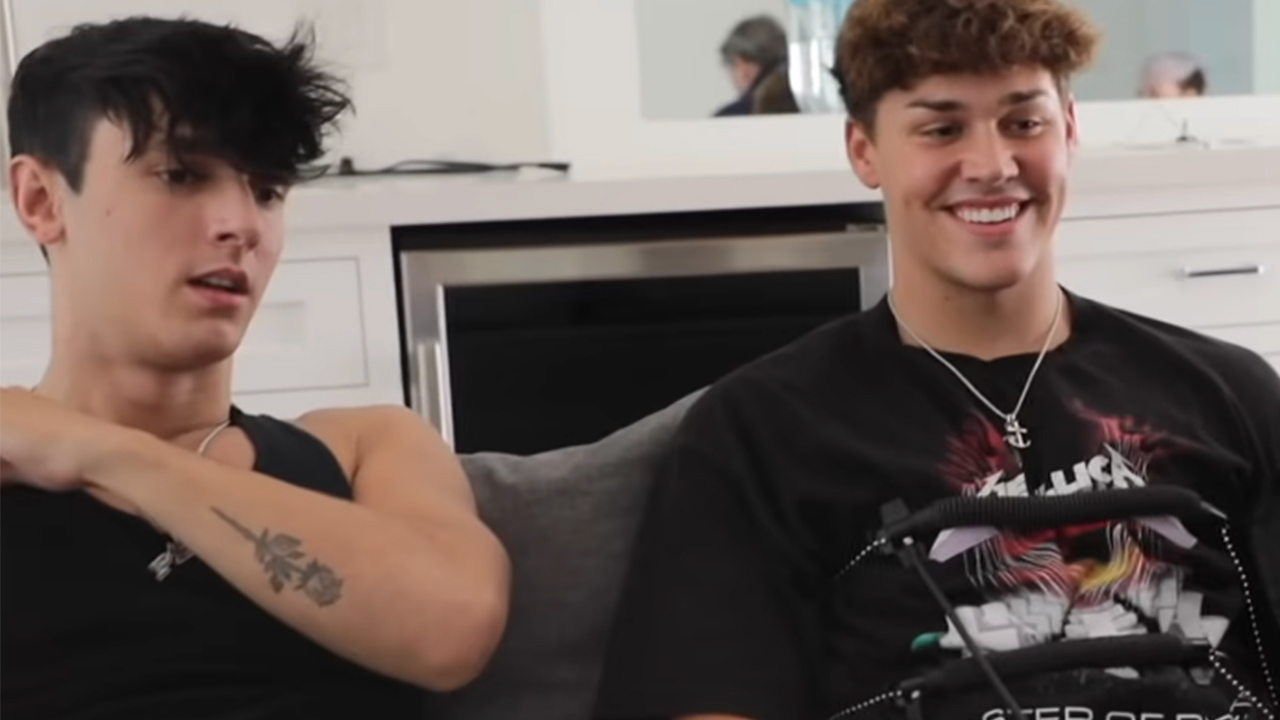 TikTok stars Noah Beck and Bryce Hall snogged but why?

In the world of TikTok stars, something different is offered every day. Bryce Hall gets a black eye in a professional boxing match, there are public beef between him and his ex Addison Rae and now a video (again) of Bryce Hall and Noah Beck making out goes viral! But what’s behind the kiss? Here comes the explanation: First of all, no, the two are not secretly in love with the other. Noah Beck is still happily in a relationship with Dixie D’Amelio. Then why did the two kiss? The web stars played the well-known game “turning bottles” with their friends. You put a bottle in the middle, sit down with your friends around the bottle, turn it and then point it at you, you have to kiss someone from the other. Actually very simple. Bryce Hall also brought some truth or dare tasks into play for his YouTube video and after a hard spin the time had come: Bryce Hall and Noah Beck kissed!

Why is the video going viral again?

Even if Bryce Hall and Noah Beck’s kiss was a little longer ago, everyone is talking about their kiss again. But why? With over 10 million views and nearly half a million likes, the video by Bryce Hall, Noah Beck, Addison Rae, and Dixie D’Amelio is simply a hit. It often happens that content that has been well received by followers always gets a boost. And the comments below the video are extremely positive too. “The video is epic” and “I’ve never seen such an entertaining video” are just a few excerpts. How do you like the kiss of the two TikTok stars Noah Beck and Bryce Hall?